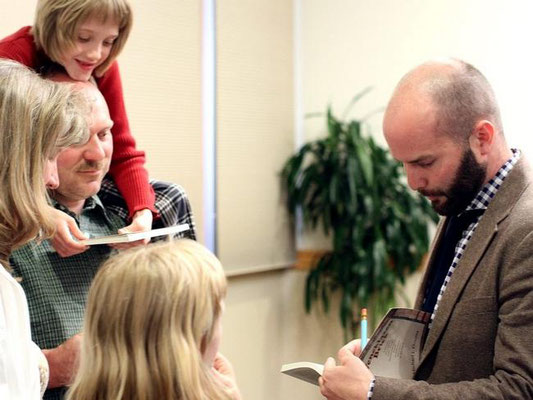 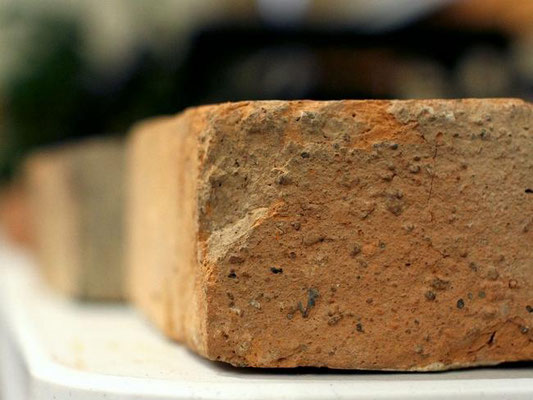 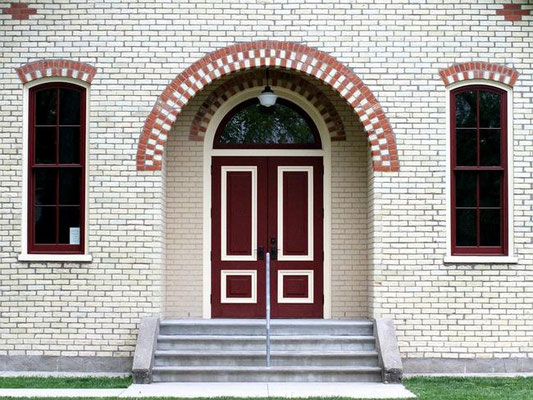 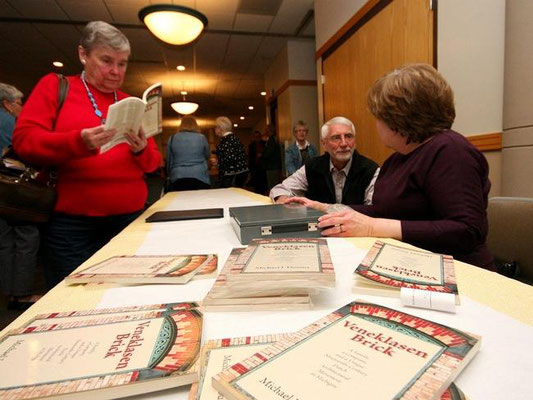 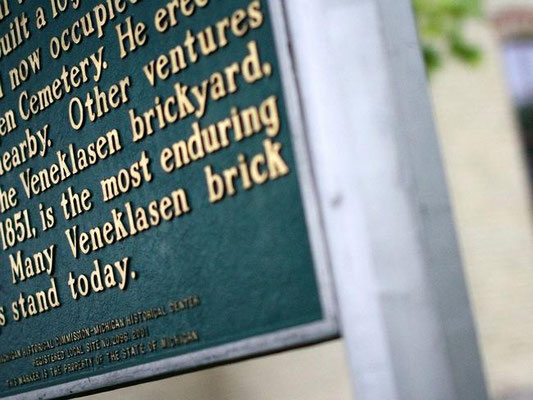 As Michael Douma scrolled through slides projected on to a screen Thursday night, May 14, at the Howard Miller Library, a waterfall of information concerning a topic unique to Zeeland and Holland accompanied each picture.

Veneklasen bricks, products of the Veneklasen Brick Co. of Zeeland, are Douma’s specialty and he opened up for almost an hour to a room of more than 150 people and gave a brick-by-brick historical account of these unique Dutch-style bricks.

Douma, a professor at James Madison University, came to Zeeland on behalf of the Zeeland Historical Society and provided an in-depth look into one of Zeeland’s many historical points of pride.

The bricks, which were used in numerous homes and buildings in the Zeeland and Holland area, were the result of a Dutch brickmaker, Jan Veneklasen, setting up shop in Zeeland in the mid-1850s.

While the bricks are usually seen on many homes through the Zeeland and Holland area, the notoriously soft bricks, varying in colors from deep red to a white-yellow, were actually initially used for chimneys, Douma said.

“The first few years they were building, there were few houses made of brick,” Douma said to the audience. “Chimneys were the first need.”

Veneklasen bricks were eventually used in numerous construction projects in the Zeeland and Holland area, the most visible being “Veneklasen homes” of which approximately 300 still exist today, Douma said.

“You wouldn’t know it unless you get on the back roads in Allegan and Ottawa counties,” he said, adding that while on training runs in the country he would make mental notes about homes he had seen that he would later research. “We’re losing them at a rate of about two per year. We keep losing more and more of them every year.”

John E. Bouwens, of Zeeland, lives in an original Veneklasen home that has since been remodeled.

Bouwens, 69, who has worked with the bricks for decades during routine home maintenance pointed out one feature of the bricks not covered during Douma’s presentation.

“They will suck in water,” he said.

Bill and Kathy DeBoer, along with their daughters Martha and Joanna, of Georgetown Township, came to the presentation to learn more about the bricks that form the shell of an old schoolhouse they’re currently renovating into a home.

Estimating another month of work needing to be done before they can move in later this year, the Veneklasen bricks making up the frame of the building were in great shape, he said.

“Everything but the bricks and the framing had to come out,” he said.