There's a War on, You Know!

During the Second World War, you couldn't just walk into a shop and buy as much sugar or butter or meat as you wanted, nor could you fill up your car with gasoline whenever you liked. All of these things were rationed, which meant you were only allowed to buy a small amount (even if you could afford more).

If you had no stamp for an item you wanted, you were not allowed to purchase it. 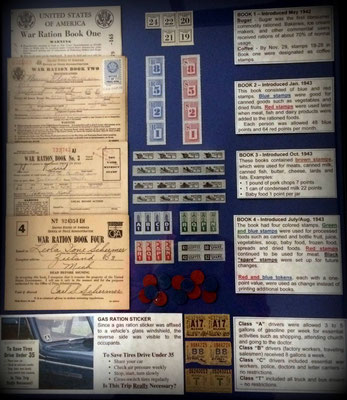 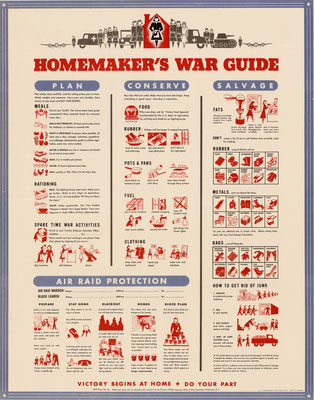 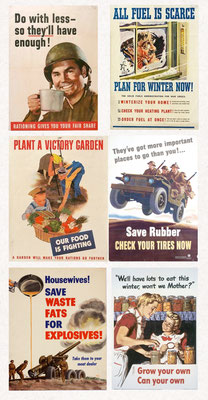 Sugar was the first consumer commodity rationed. Bakeries, ice cream makers, and other commercial users received rations of about 70% of normal usage. 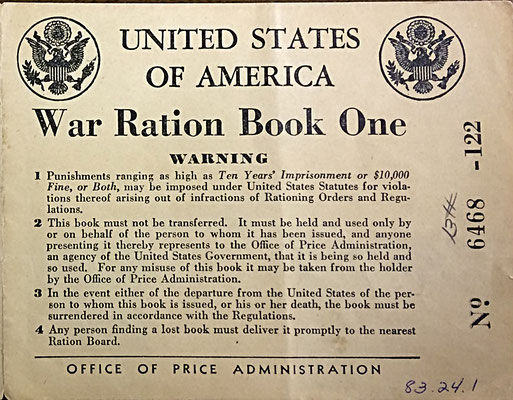 This book consisted of blue and red stamps. Blue stamps were good for canned goods such as vegetables and dried fruits. Red stamps were used later when meat, fish and dairy products were added to the rationed foods.

Each person was allowed 48 blue points and 64 red points per month. 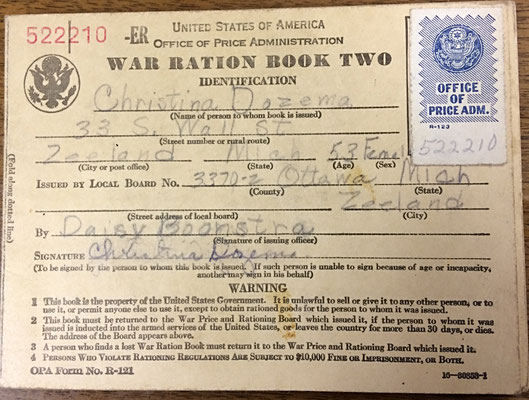 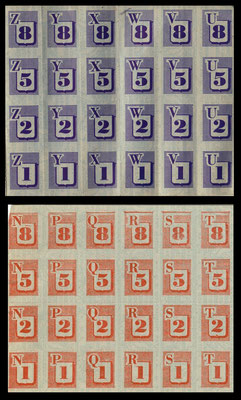 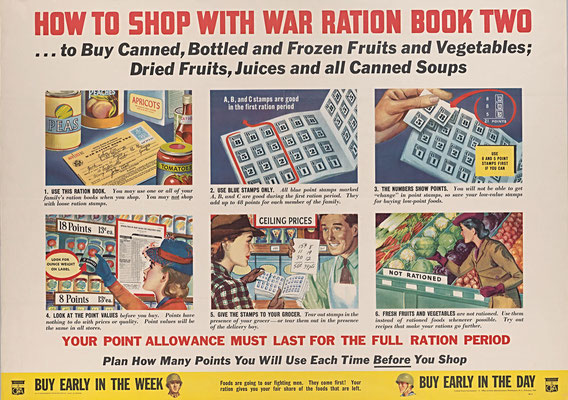 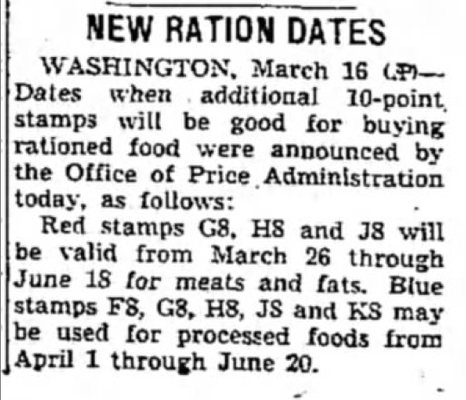 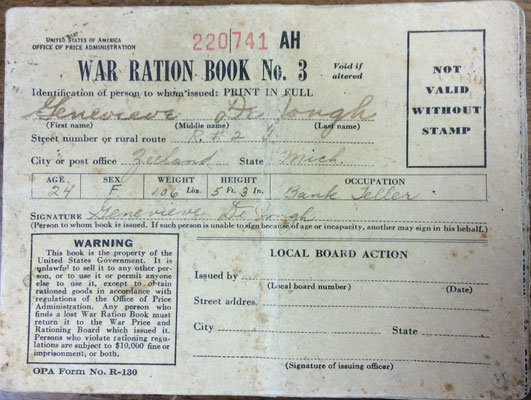 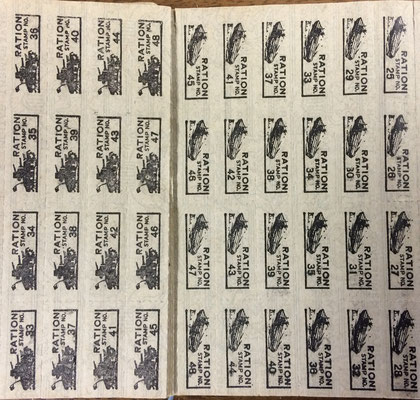 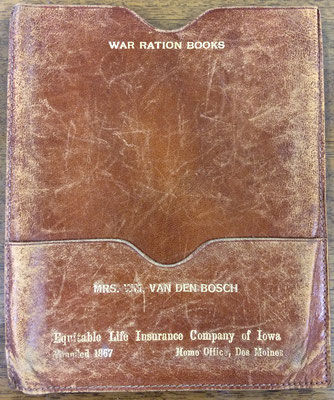 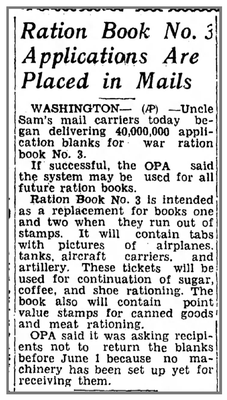 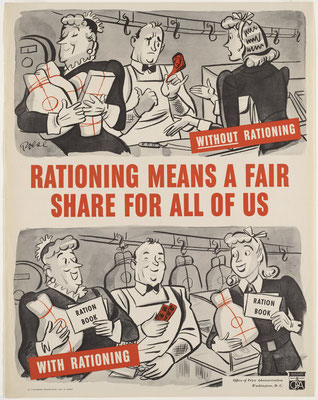 The book had four colored stamps. Green and blue stamps were used for processed foods such as canned and bottled fruits, juice, vegetables, soup, baby food, frozen food, spreads and dried foods. Red stamps continued to be used for meat. Black "spare" stamps were set up for future changes.

Red and blue tokens, each with a one-point value, were used as change instead of printing additional books. 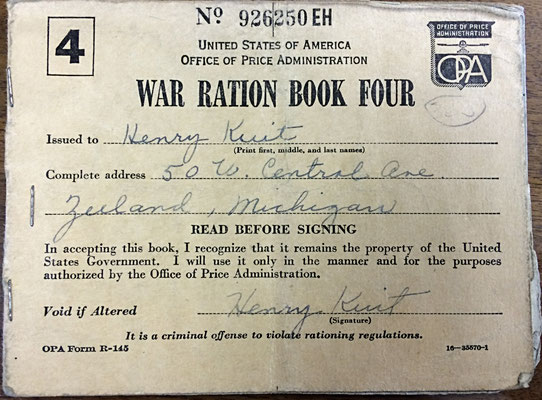 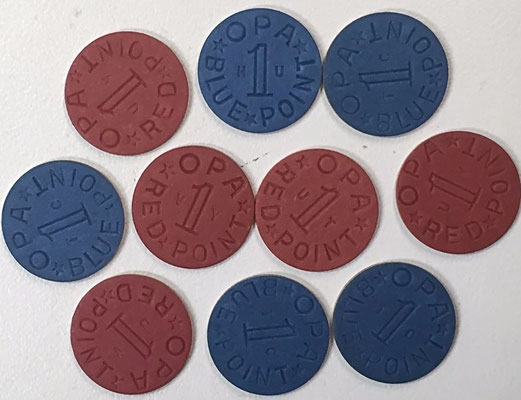 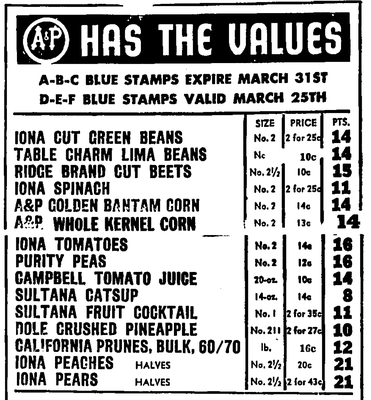 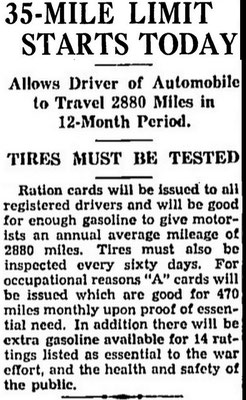 CLASS "A" drivers were allowed 3 to 5 gallons of gasoline per week for essential activities such as shopping, attending church and going to the doctor.

CLASS "T" included all truck and bus drivers - no restrictions.

Over the years, Zeeland residents donated their World War II ration books to our museum. To see our collection of ration books, click here.