We are proud to present our newly renovated laundry porch!

You will see four vintage devices for washing clothes, which date from 1898 to 1923. Prior to the invention of the washing machine, doing laundry took enormous amounts of time and energy as water often had to be pumped or drawn from a well, carried in, heated, clothes scrubbed, rinsed and wrung out by hand.

Don't miss the images of ladies scrubbing clothes with a wash board, using a wringer after the clothes are rinsed, hanging them on the line to dry, and ironing the clothes to press out the wrinkles. 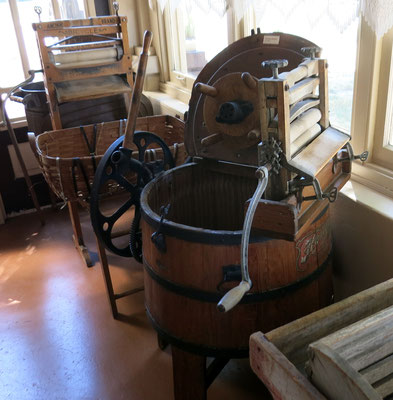 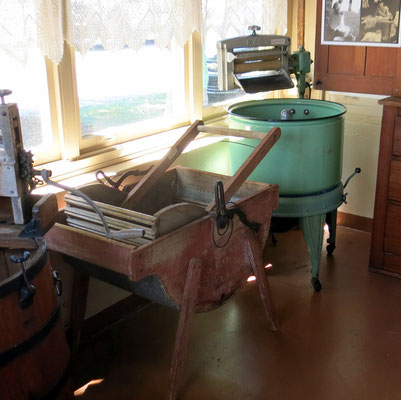 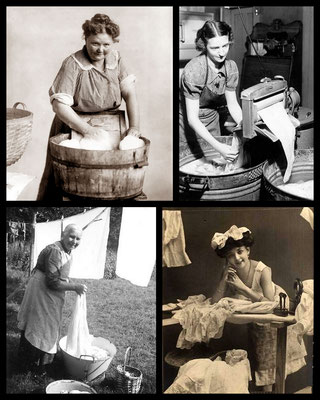 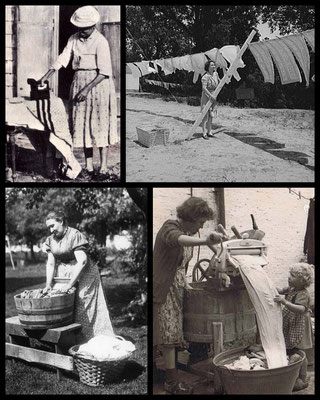 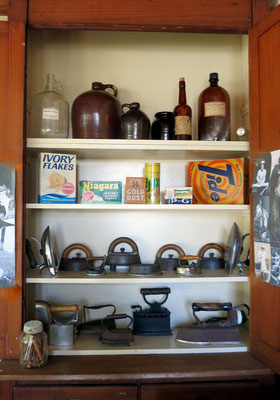 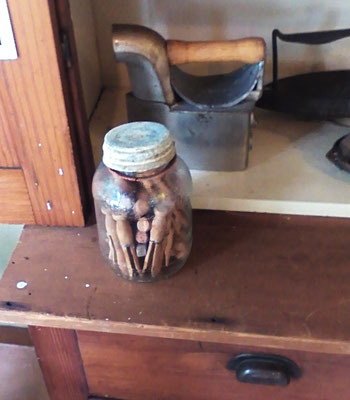 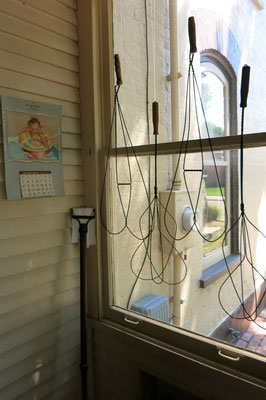 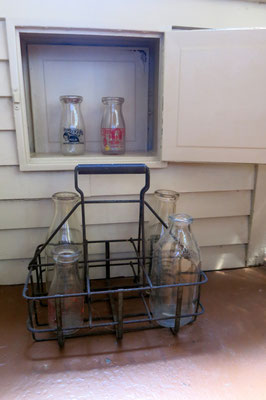 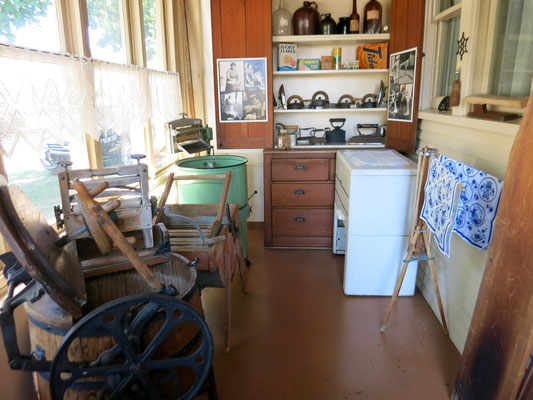 Laundry was the household chore housewives without running water hated most. It was often called "the great domestic dread of the household."

On the night before washday, clothes were soaked in tubs of warm water.

First thing the next morning, women scrubbed the clothes by hand on a washboard. Some might agitate them with a stick or laundry plunger in a "stomp bucket."

The homemade soap was a strong irritant, hard on hands. Making it involved quite a lot of work. It was a mixture of animal fat and lye cooked together. How to make lye: Strain water through wood ashes and collect in a barrel. The lye was a caustic alkaline fluid rich in potassium carbonates.

The scrubbed clothes needed to be boiled in big tubs, where they were stirred constantly with a long to keep them from scorching. The clothes were then dragged out of the water with a wash stick, rinsed in plain water and then rinsed again in water with bluing added.

Some people had wringers, which they cranked by hand, squeezing the water out of each garment. Others had to wring each piece of clothing by hand.

Finally, the clothes were ready to hang on the clothesline outside to dry or to freeze in the winter.

There were no wrinkle-free fabrics, so all the clothes needed to be ironed. And since there were no electric irons, each iron needed to be heated on the stove. It might take three irons to finish a single shirt.