“Outbreak 1918-1920: The Zeeland Record Reports” is the new exhibit at Zeeland’s Dekker Huis Museum.  It tells the story of Zeeland’s experience of the 1918 influenza pandemic through the reporting eye of The Zeeland Record.  One hundred years ago, from 1918 to 1920, there was a deadly outbreak of influenza that took the lives of 500,000 million people world-wide.  About 675,000 of those deaths were in the United States, and Zeeland residents did not escape the deadly disease.

The main exhibit provides background information on the influenza pandemic in general, but its  focus is on Zeeland people and experiences.  In the gallery, find out the role of World War I in the pandemic and the Zeeland soldiers who were affected by it.  View the rare World War I hospital gown on display.  Learn more about Zeeland people who died from the flu and about the only doctor in Zeeland at the time.  Discover the changes to daily life in Zeeland as a result of the pandemic and guidelines for prevention along with treatments and patent medicines that were thought to help. 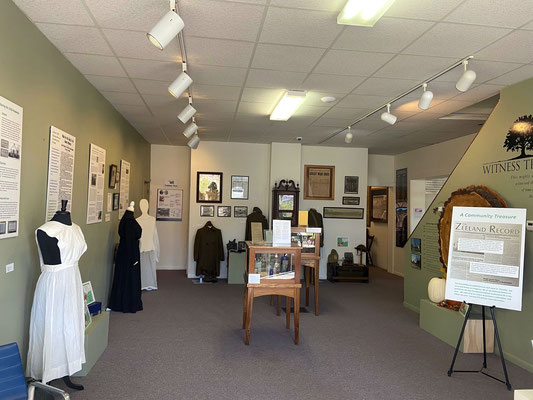 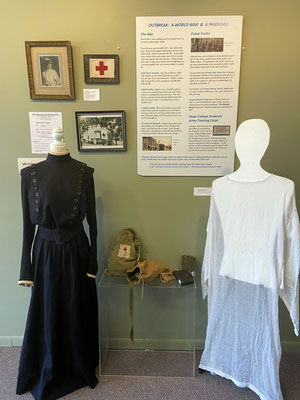 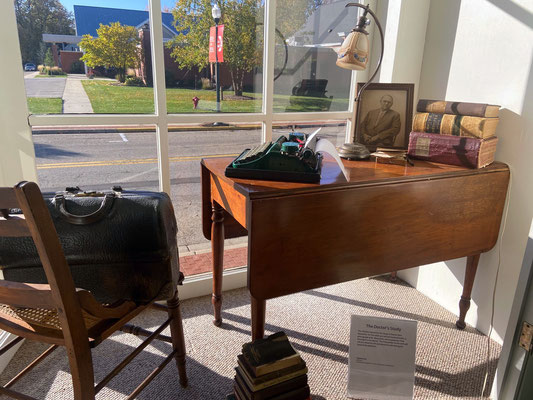 Be sure to check out the mini exhibit of mourning veils in the parlor and the display on disinfecting handkerchiefs in the kitchen. There was no hospital in Zeeland in 1918, so people were treated in their bedrooms.  The dresser in the bedroom upstairs is set up to mimic the dresser top supplies that Zeeland people used when caring for a family member with the flu.  Children were not immune to the disease, and influenza even made its way into jump rope rhymes.  There is a sample in the toy room.

This exhibit would not have been possible without the faithful, weekly reporting of The Zeeland Record during the influenza pandemic years.  The Record is the longest family owned or operated business in Zeeland, and most of the exhibit information comes directly from its pages.  The role of a local newspaper in capturing local news cannot be overstated.  Today, during the Covid 19 pandemic, The Zeeland Record is capturing events that will be tomorrow’s history.  The Zeeland Historical Society thanks The Record for its commitment to being a voice for the community for well over a century. 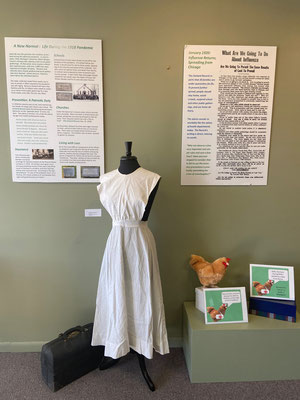 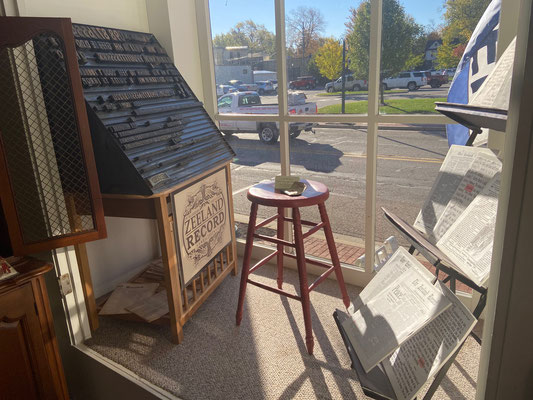 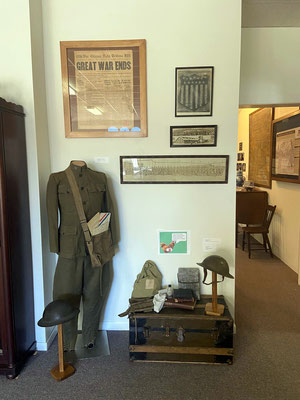 For more information, see the following article from the Holland Sentinel News.