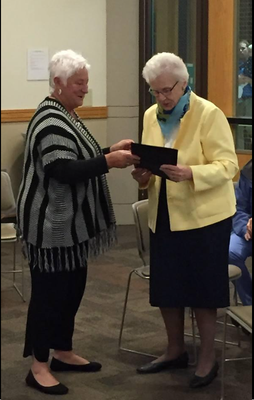 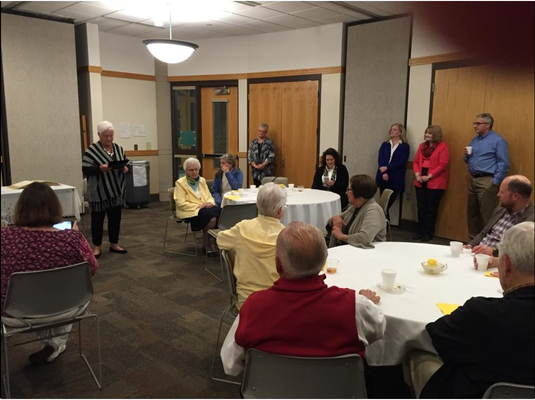 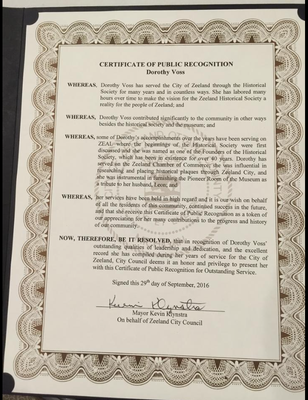 Retirement, according to Dorothy Voss, is a relative term. After more than 40 years serving as a volunteer for the Zeeland Historical Society, Voss, 86, has said she is “retiring” to work on other projects.

Voss, who was one of the founding members of the Zeeland Historical Society, was honored recently when she was presented a Certificate of Public Recognition from the city of Zeeland during a reception held in her honor.

“My work with the historical society began many years ago when I volunteered to work on the ZEAL board,” Voss said. “Of course, being the only woman on the board, I had to be the secretary … I was in my 40s then, my kids were in school — there were so many things that needed to be done, I figured I’d step up to do it. Even today, there are so many things that can be done through volunteering.”

Some of Voss’ accomplishments — in addition being one of the founding members of the Historical Society board — included serving on the Zeeland Chamber of Commerce for six years. She also was influential in researching and placing historical plaques through the city of Zeeland and was instrumental in furnishing the Pioneer Room of the Museum as a tribute to her husband, John.

“So many who volunteer now are indebted to her,” said Mary Christopher, current Historical Society board president. “Dorothy has always been encouraging to us. She helped train volunteers — she has been a huge part of the historical society.”

Voss, who said she always had an interest in architecture, said she loved the large number of older homes in Zeeland.

“We have a large stock (of older homes) in Zeeland,” Voss said. “Many of these older homes have received an historical plaque. I think it is important to keep a record of these things.”

And preserving and recording the city’s past is a part of what Voss did when she started volunteering.

The first year she served as a volunteer in 1974, the society was able to raise $28,000 to purchase the Dekker building to house the society’s museum.

Dirk and Leuntje Dekker came to Zeeland in 1876 from Grand Rapids — having immigrated to Grand Rapids from Goes, Zeeland, in the Netherlands. In the Netherlands, the couple had been jewelers, and they brought their skills to the small colony of Zeeland. The couple eventually opened a store selling imported goods. Leuntje continued the business after Dirk passed away, while also raising the couple’s 12 children.

She said she has enjoyed her time spent volunteering with the historical society but is ready to move on to other projects.

“A lot gets done through volunteers in this little town,” Voss said. “But there are younger, more capable people working on historical society projects now. I have no business sticking my nose where it does not belong. But I would encourage more millennials to become involved — to find their passion. These stories have to be handed off to other generations.”