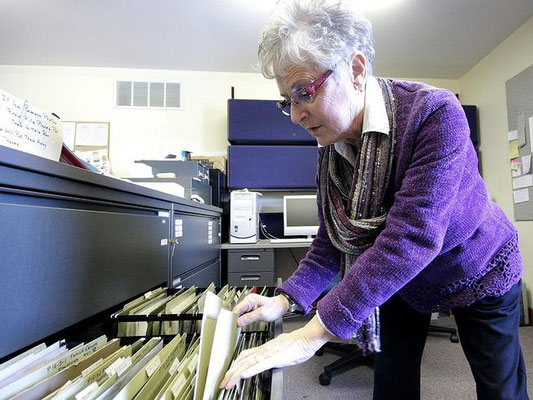 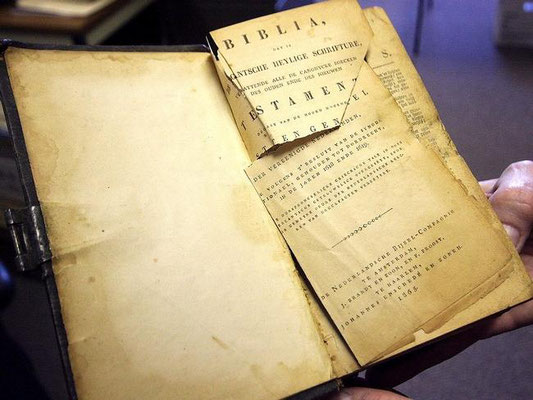 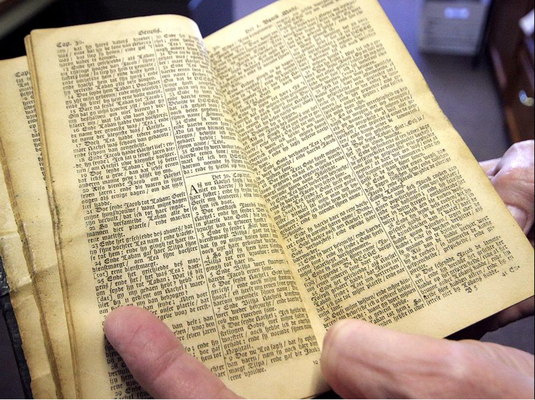 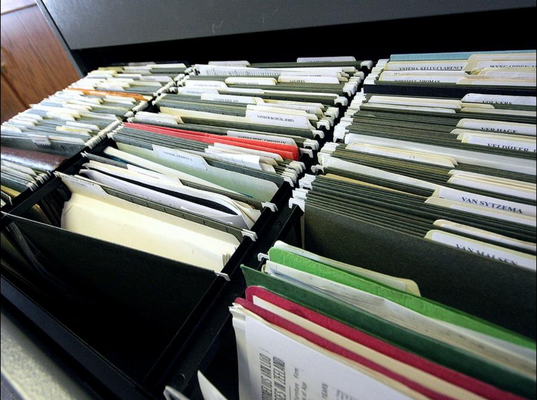 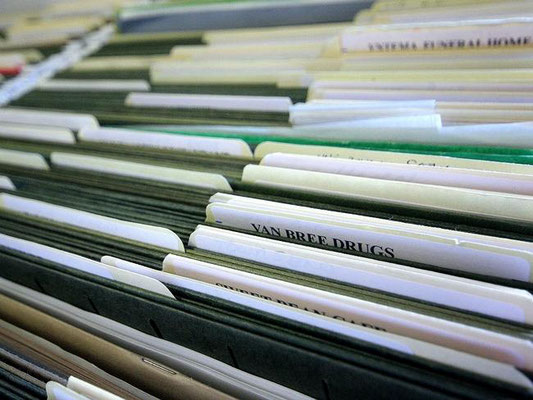 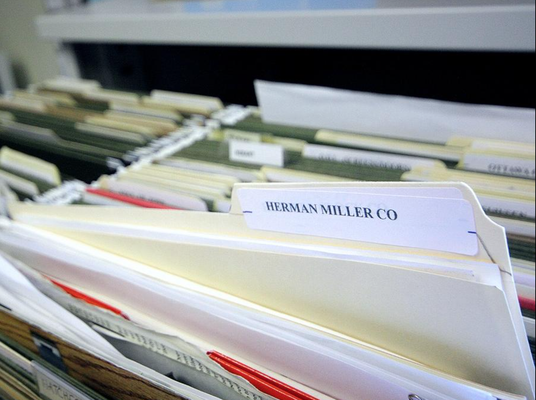 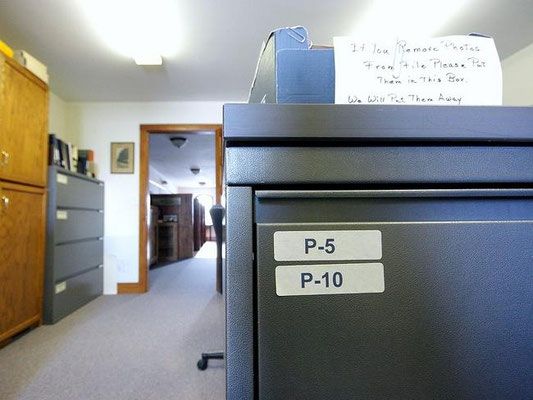 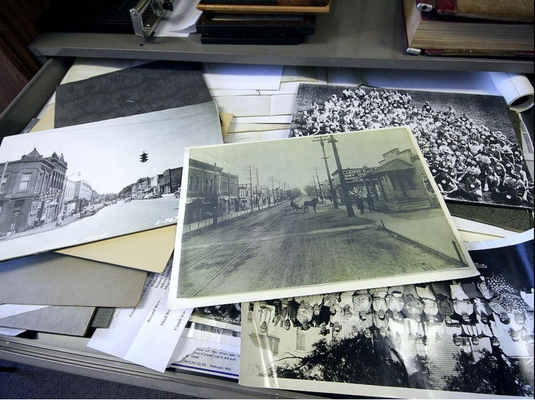 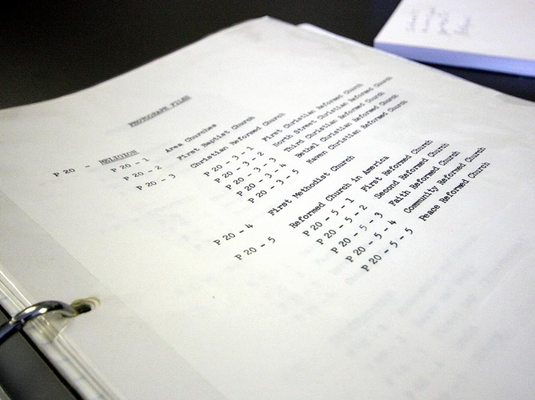 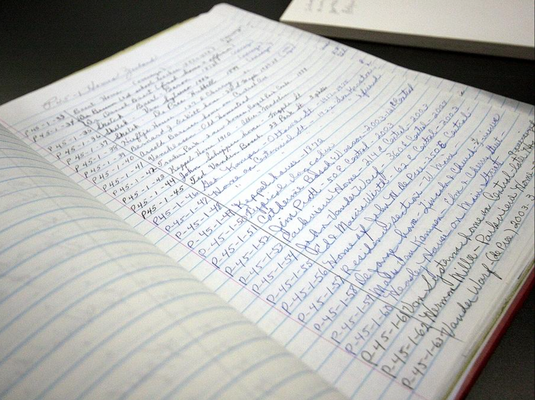 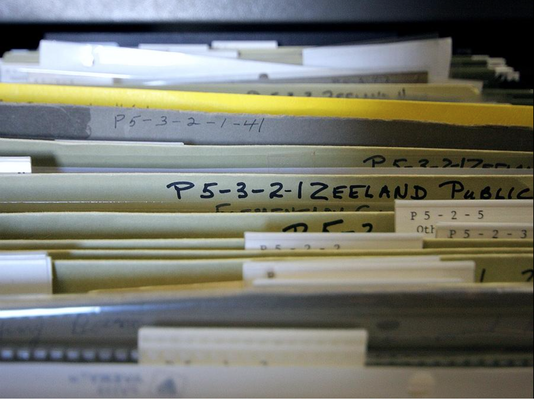 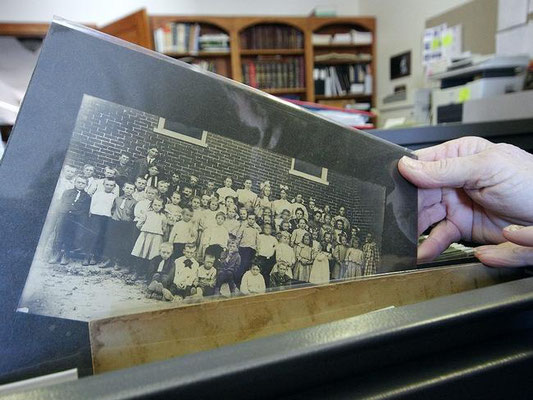 As the Zeeland Historical Society’s curator pulled out various photographs showing everything from downtown Zeeland to school and church photos, all in black and white and dulled from the effects of time, it was apparent that the amount of Zeeland history tucked away in one of the society’s back rooms was begging to be shown to the world.

With more than 4,000 historic photographs, business and personal histories, newspaper clips and public notices on file at the Zeeland Historical Society’s office, steps to showcase these rare and one-of-a-kind artifacts is starting to gain traction using a modern medium.

With the advent of social media and the ability to catalogue massive quantities of artifacts using digital tools, the society has taken baby-steps to cater their programming to audiences beyond those who cycle through the society headquartered in downtown Zeeland.

Thom Parker, a retired Holland Public School teacher, has led the effort to harness the enormous power of social media by starting, maintaining and interacting with patrons by using the Zeeland Historical Society’s Facebook and Twitter accounts.

Started approximately one year ago, the Zeeland Historical Society social media sites have attracted quite a following, Parker said.

After joining the Zeeland Historical Society board a year ago, Parker proposed the idea of using social media at a meeting and the idea was met with enthusiasm, he said.

“Our first meeting was just a brainstorming session and we just threw out a lot of ideas. That was one of the ideas I had. People said, naturally, ‘Run with it, sounds good,’” Parker said. “I just felt that a lot of people are on Facebook and Twitter these days and it’s a way to reach out to the community and to help them see what’s available at the museum and enhance our standing in the community.”

Frequently posting historic photographs that have a connection to Zeeland’s history on the society’s Facebook page, interest in the historic photos and documents, like those catalogued in Frederick’s office, has been met with interest, Parker said.

“I’ve gotten lots of good comments, especially on the Facebook page,” Parker said. “Board members have given me positive feedback through what they’ve heard through people who live in Zeeland so it’s been a nice way of getting feedback. We’re getting a nice cross-section of young and old, and male and female, who are liking our page and making comments on our page.”

In addition to social media accounts, a great amount of effort has been given to cataloging and digitizing parts of the society’s collection.

Efforts to catalog the more than 4,000 Zeeland-area photographs that the society has in its collection has progressed, although not at the speed that society members would like.

Instead of using pencil and paper to catalog photographs, as had originally been practiced, neatly typed pages of catalogue information now populate a binder, helping curator Suzy Frederick find photos.

“We got all our photographs data entered into the computer,” Frederick said. “The data has been input in a numerical system so that the photographs are searchable in the hard file. We search by keywords. You put a name in there and up would come a list of all photographs that we have with that name in it. We have hundreds and hundreds of photographs, they’re all originals.”

As with any historic society, funding that could be used to purchase modern equipment to help better catalog and maintain databases has always been something that the society has had to grapple with, Frederick said.

“Our computer is too old to scan photos,” Frederick said. “Perhaps in the future that’s something we’d like to do when the budget allows.”