For several years now, Mr. Sneller has been bringing his 3rd graders from Zeeland Christian School to the museum's barn. There he shows some of the equipment the early pioneers may have used, as well as tools that came later. This year Mr. Sneller will be bringing all four 3rd grade classes to the museum.

As part of their class trip, each student drops an ear of corn into the sheller and takes home the corn cob as a souvenir.

Debruyn Seed Store was kind enough to donate 100 ears of corn so that the classes could see how the machine works.

The modern corn sheller was first patented in 1839. It is a freestanding hand-operated machine that removed individual kernels of corn by pulling the cob through a series of metal-toothed cylinders which stripped the kernels off the cob. 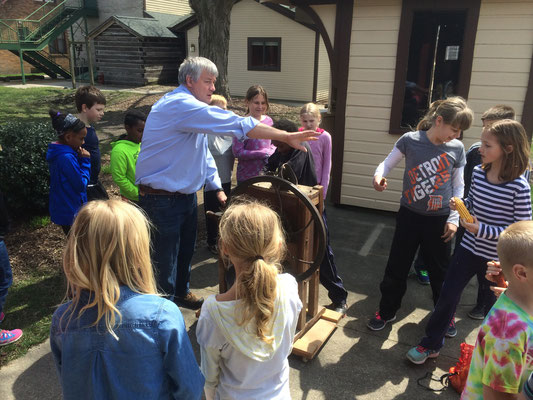 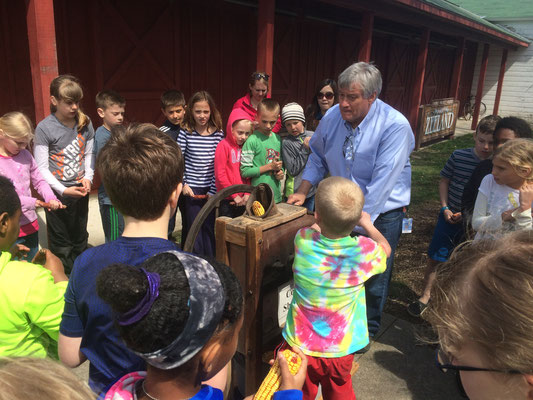 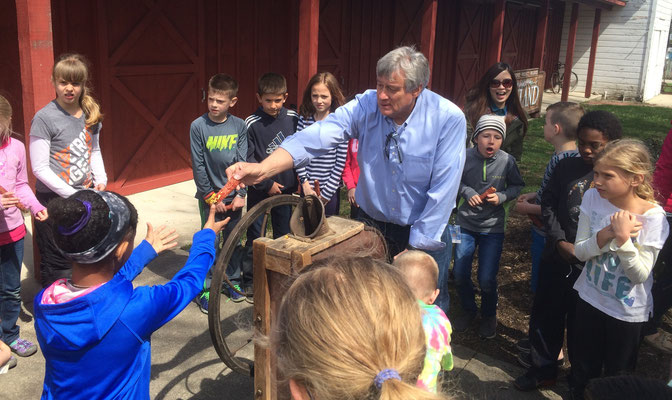 Volunteer John Norder explains that this Wait Station was used for passengers waiting for the interurban trolley to pick them up. This mode of transportation preceded the automobile and enabled families to travel to Holland for picnics, amusement parks or to dip their toes in Lake Michigan. The interurban also provided a fast and inexpensive way to go to the BIG CITY - Grand Rapids.

To learn more about our Interurban Wait Station, click here. 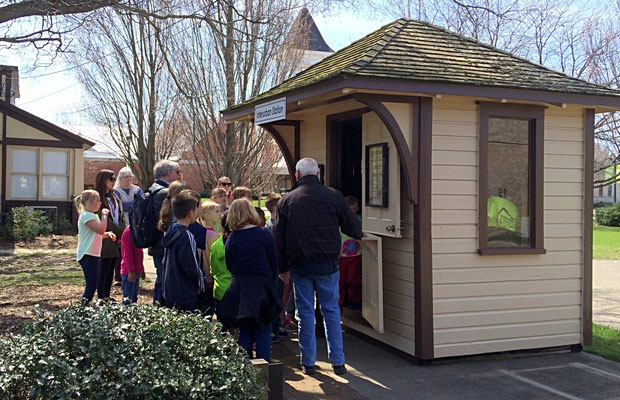 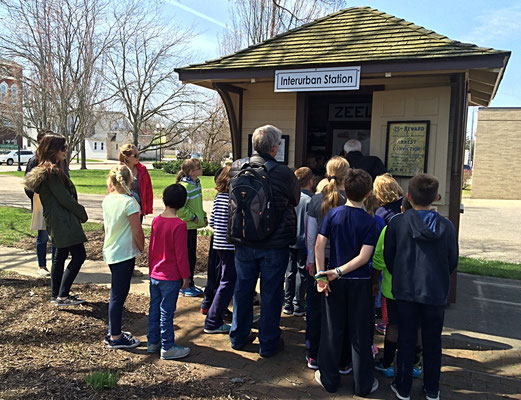