This Queen Anne style home, located at 115 S. Church Street, was built by Cornelius and Anna Boone between 1900 and 1905. Mr. Boone was a lumber baron whose business was located in an area near the Paw Paw Bridge.

Anne Boone owned and operated a dry goods store in downtown Zeeland for many years. It is believed this store later became known as the Bonton Shop.

During renovation of the home in 2004, an antique quilt was discovered in the attic. The fabric is estimated to originate from the turn of the century and could very well have come from Anna Boone's dry goods store.

The material appears to be either fabric samples or small leftover pieces. The quilt is completely hand made.

The antique quilt is displayed on the second floor in the Hall of Pioneers. 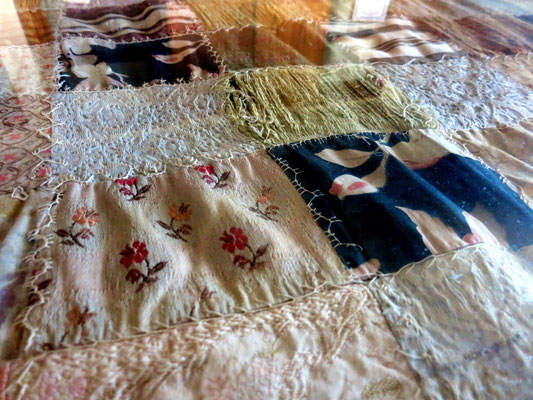 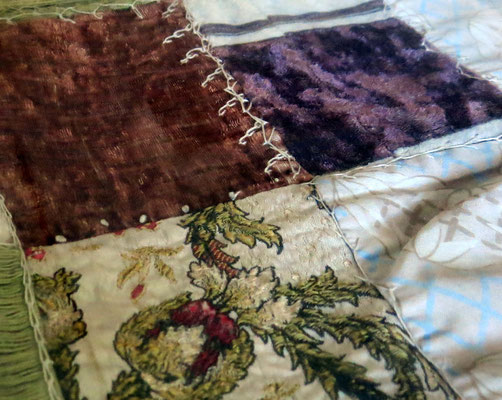 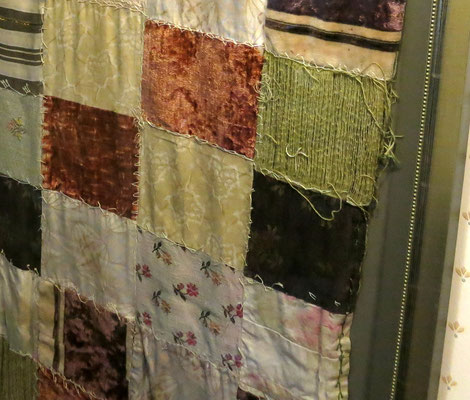 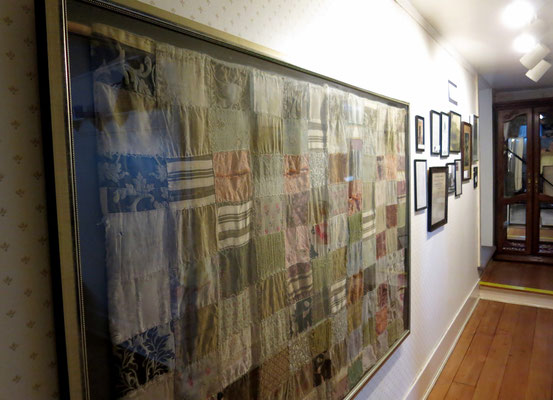