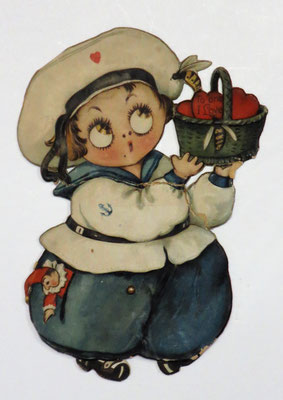 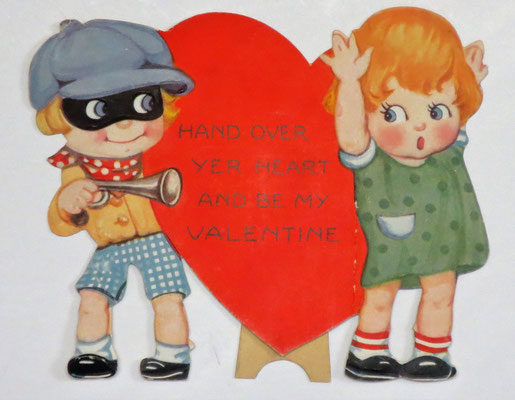 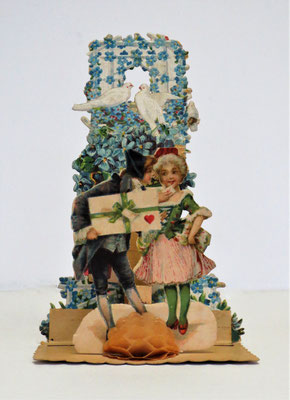 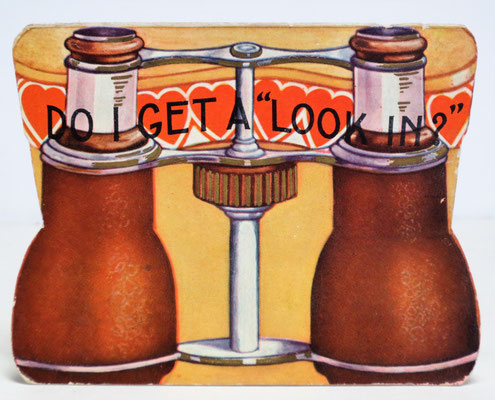 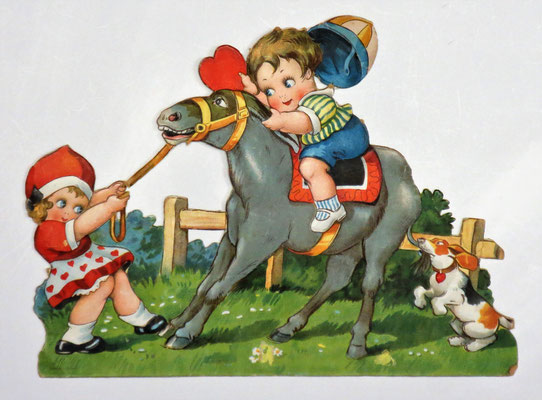 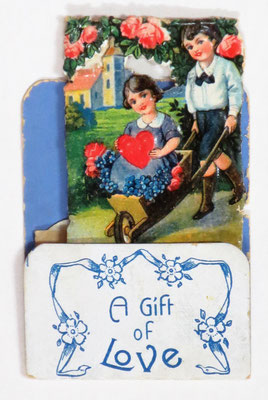 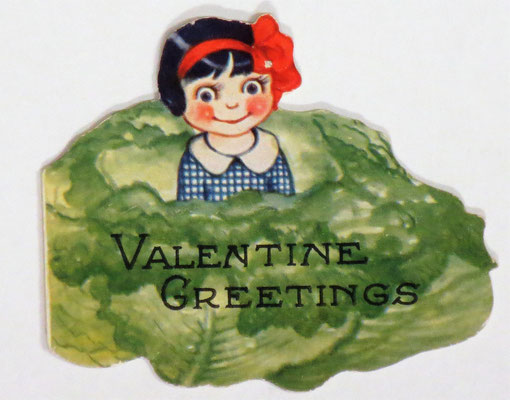 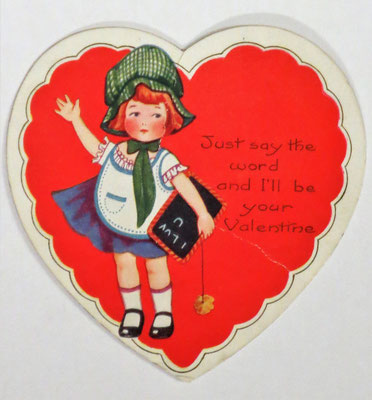 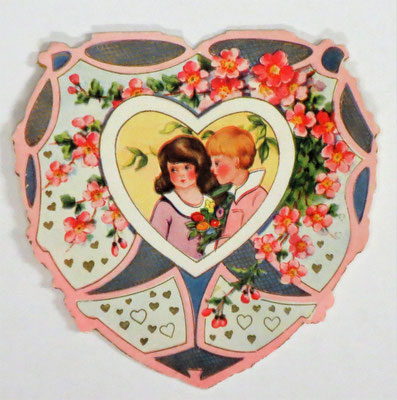 Valentine’s Day has become a holiday where people can show extra love and care to that special someone. Today, many couples celebrate with a night out, flowers or chocolates, but traditionally a simple heartfelt letter, poem or decorative card was the best way to show their love. Even school children are taught to share Valentine’s Day Cards, either handmade or store bought, with all of their classmates. I remember making many such cards for my fellow classmates in elementary school.

The History Cooperative’s “The History of the Valentine’s Day Card” mentions that England began making the day (February 14th) ‘trendy’ as a “romantic day” in the 1700s when they started sending cards and flowers to their loved ones.  (This is also a great site to learn a little more history behind the day.)  According to Hallmarks “History of Valentine’s Day”, the first card to be published in the U.S.A. was in 1894 by Esther Howland of Worcester Massachusetts. Later, in 1913, the Hallmark Company began offering Valentine’s Day Cards and was fully producing them in 1916. Could this be why they call it a Hallmark Holiday?

Recently, Elayne Matthysse of Hudsonville, donated seventeen Valentine’s Day Cards (amongst many other items) from her father’s, Cleo Huizenga of Huizenga’s Food Market, collection.  Cleo attended Zeeland Christian School and later Holland Christian School where he graduated in 1936.  As a young man in the 1920s, he was probably taught to share Valentine’s Day Cards with his fellow classmates, friends or family.  There is quiet the variety of styles, all in full color and store-bought, including pop-ups, cut-outs, bi-folds and stand up cards.  Some have moving parts such as the  sailor with the basket of hearts with movable feet. In the collection are several from a boy, Cornelius Valk, from down the street, one from his cousin Genevieve Kouw, along with cards from Gerrit Van Der Ploeg, George Vollink and Corniel Folkerstsma (possibly classmates). Some of the cards, the larger cut-out style and the pop-ups, were printed in Germany and others were printed by Whitney Made of Worcester, Massachusetts.

All of these cards, along with many of the other Valentine’s Day Cards in the museum’s collection (as well as Christmas Cards, Sympathy and Thank You Cards, Thanksgiving Day, Births and Marriage Cards and Postcards) are in storage but are available for viewing during the museum’s open hours.

I hope that you get to spend Valentine’s Day (and maybe surprise them with a beautiful card) with the one you love. 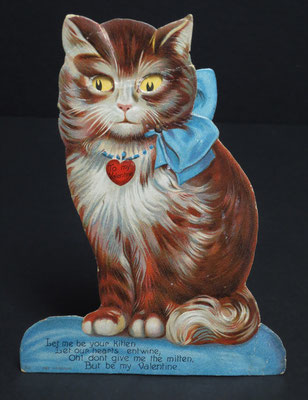 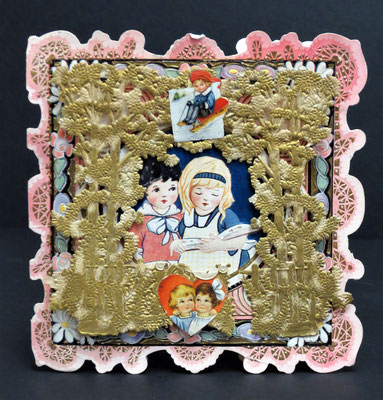 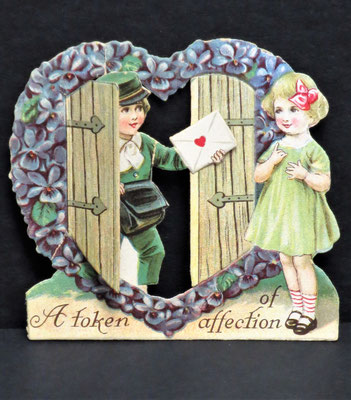 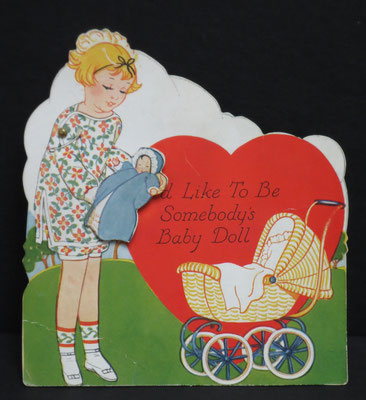 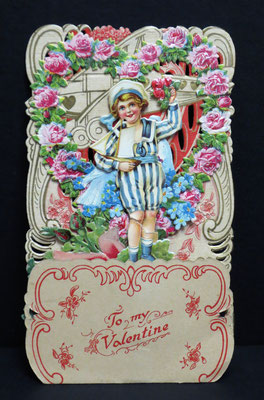 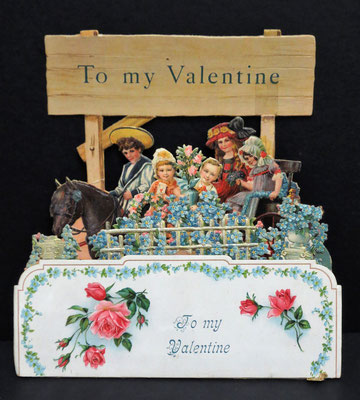 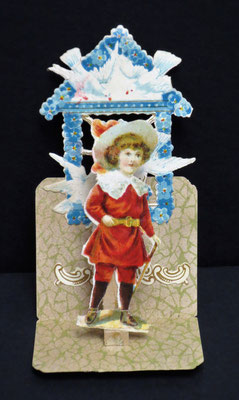 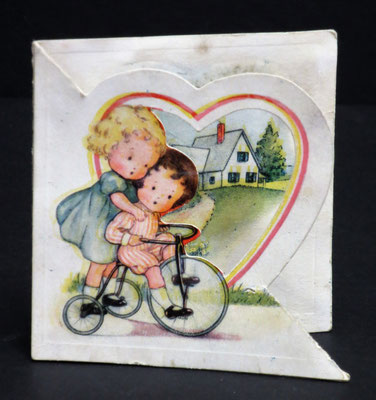