On Friday, May 10, the Zeeland Historical Society hosted the monthly School Bell Series at the New Groningen Schoolhouse on Paw Paw Drive in Zeeland. About 50 people participated in Jack Van Eden's presentation with their own recollections of the early days in their hometown.

John Van Eden (Jack's father), owned and operated a Sinclair station and later a Marathon and Speedway gas station where the Splash Pad is now located.

"My first experience working at Dad's station was on Saturday nights. I was probably ten years of age and I'd ask the customer how much gas, what kind, (regular or Ethyl) and then pump it into the car. Dad hovered around, talking with the driver while cleaning the windshield and checking under the hood. He stayed closer when the order was given to "fill'er up".  The gas pump handle did not have an automatic shut off at that time, so the person pumping gas had to listen for the car tank to fill up. Obviously, the attendant who spilled gas by not shutting off in time was not very good at his job." Jack said. 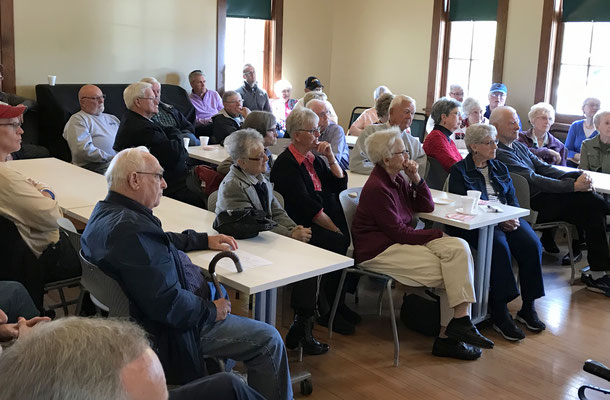 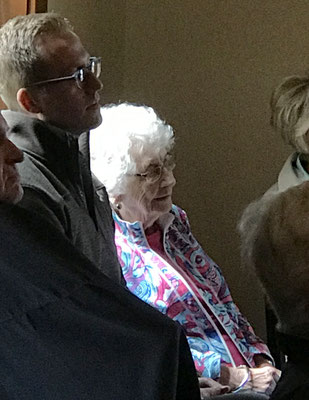 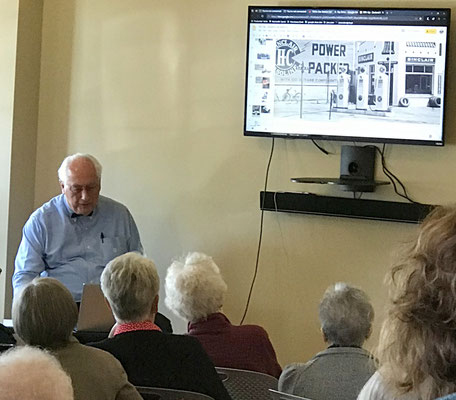 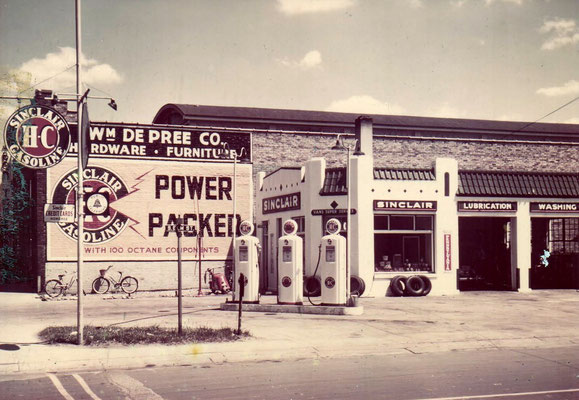 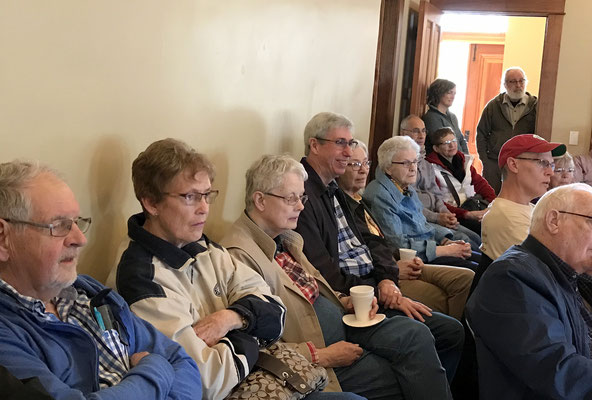 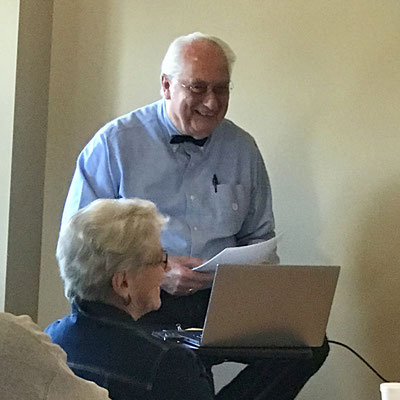 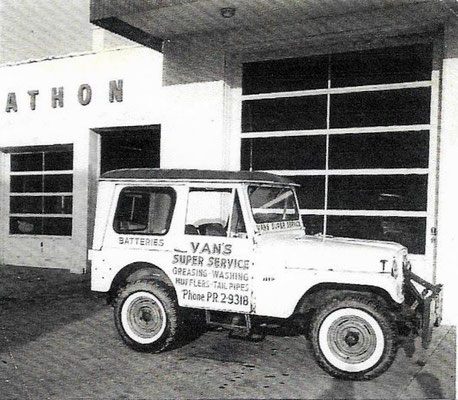 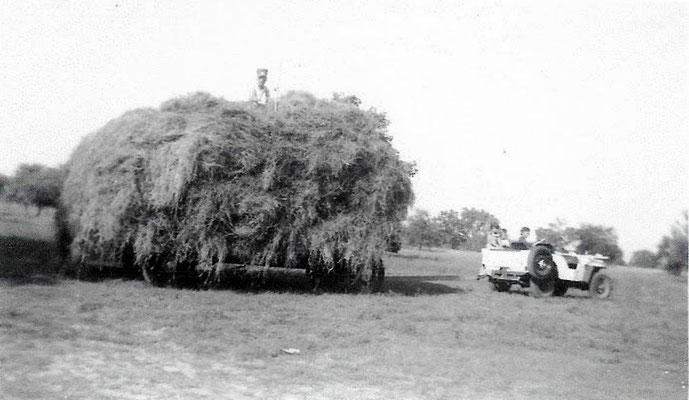 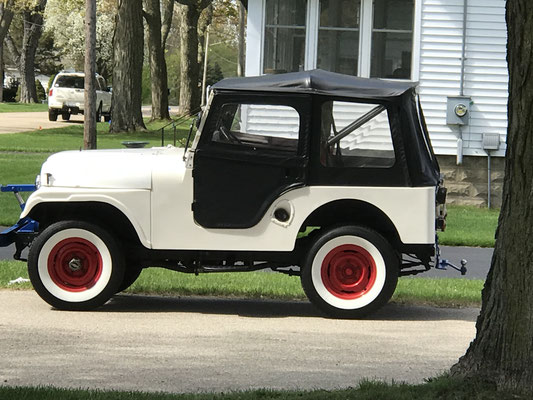