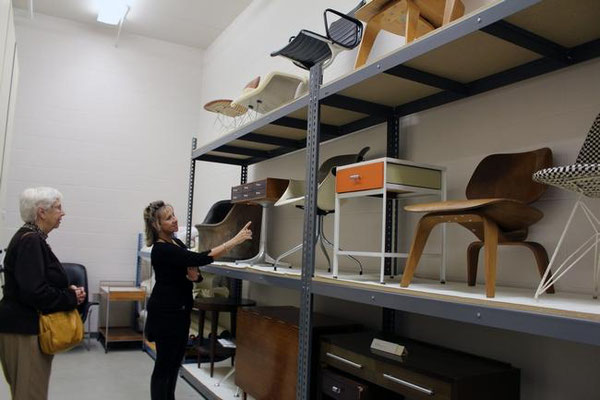 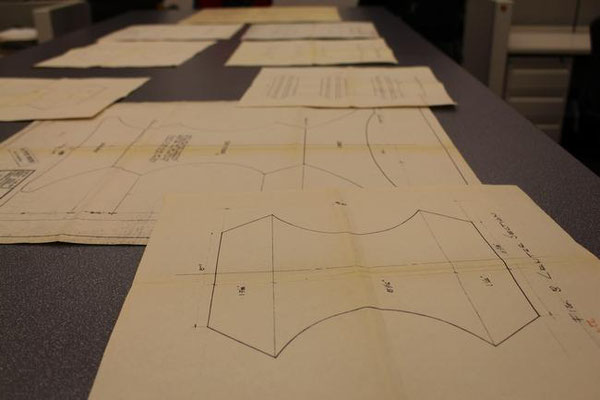 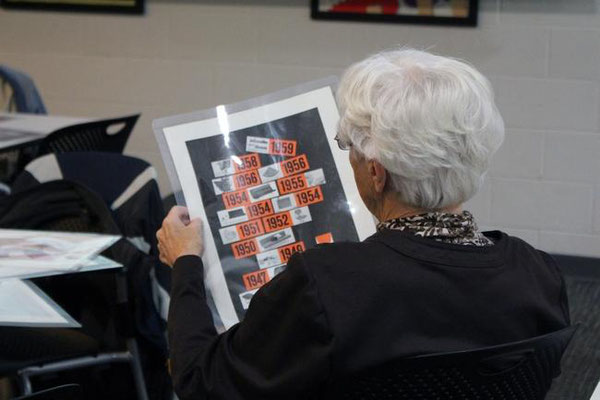 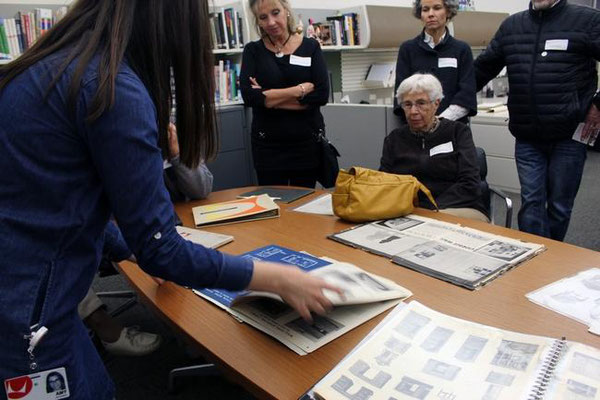 More than 70 people gathered at the Herman Miller Archives on the night of Thursday, Nov. 12, to pour over advertisements, design drawings, material and textile samples and a small furniture collection from the company’s long history.

“Some of these ads look right out of ‘Mad Men,'” one woman said.

The archives have always been open to private tours before, with people like museum curators, researchers and customers of Herman Miller.

However, the Zeeland Historical Society event Thursday night was the first time they have been opened up for a public tour.

“It’s really amazing to see all of these people here and interested,” said archivist Amy Auscherman. “The archives are a really complete and detailed history of the company.”

The event was split up into three phases: gathering in the cafeteria to look over classic advertisements and watch an old Herman Miller production video, a timeline wall detailing the history of the company and a trip to the back of the archives with Auscherman to see furniture, catalogs and design drawings.

This history has always been an important part of Herman Miller. Sally Gruppen, a longtime employee and the event’s presenter at the timeline wall, is one of about 1900 “water carriers,” Herman Miller employees who have worked there at least 20 years.

Gruppen said water carriers are in charge of educating the newer employees about the history of the company.

Auscherman said she she was happy to get the opportunity to share the Herman Miller’s legacy outside of the company as well.

Many people came to the event simply because they wanted to find out more about the company.

“I know Herman Miller, I have furniture from them and I was interested in learning more about the history behind it,” said Mary Vandepoel, one of the guests in attendance.

Vandepoel also said she was particularly interested in learning more about the designers and design associated with Herman Miller, particularly the choir robes used by Hope College’s Chapel Choir. The robes were designed by Herman Miller design consultants Charles and Ray Eames in 1952 and have been used by the college since 1960.

Others in attendance had a more personal connection to Herman Miller.

Diane Veldheer grew up around the corner from Hugh De Pree, a former president of Herman Miller and son of founder Dick De Pree. Veldheer also used to work in Herman Miller’s showroom in Chicago.

“Growing up in Zeeland, everyone I knew worked at Herman Miller,” Veldheer said. “I’ve always loved Herman Miller. I really love seeing the classic pieces here tonight. I think they represent an amazing period of history.”