Just two lots east of the museum were the locations of William Wentzel, Frank Rybarczyk and then Andy Tjepkema (Andy's) barber shops.

Early on, barbershops often provided a bathtub since most homes had none. This was especially convenient for the traveler. Customers were charged a small amount and provided a towel. For years many a gentleman's ritual was a weekly shave and bath at the local barbershop.

Frank Rybarczyk established his shop in 1904 and stayed over 40 years, leaving

On the north side Main Street near the middleof town, John Spyker built a

wooden 2-story furniture store. Later it as rented to Isaac Ver Lee for a book and stationery shop. Eventually Jacob Lokers opened a clothing store.Inside,the west portion of the store became a barber shop operated by his sons while the east remained in the clothing business.

After working for Loker for one year, in 1973 Milt Jongekryg took over the barber shop. He is still in business at that location today. Eventually Loker's sons moved the clothing business due west and renamed it 'The Highlander' .

Vereeke was also the Fire Chief of Zeeland. On several occasions while Dave was in the middle of shaving someone the fire whistle would blow and Dave would rush out leaving the man sitting in the chair covered in shave cream and he would take off for the fire truck. 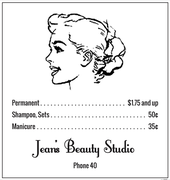 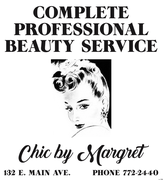