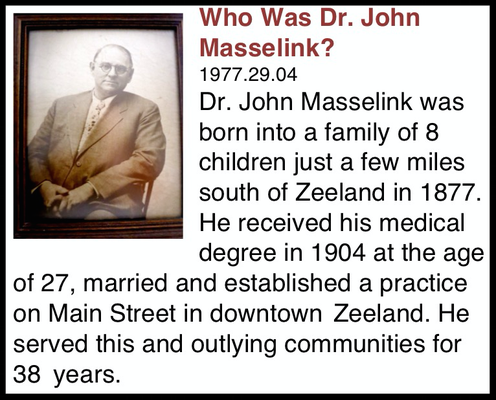 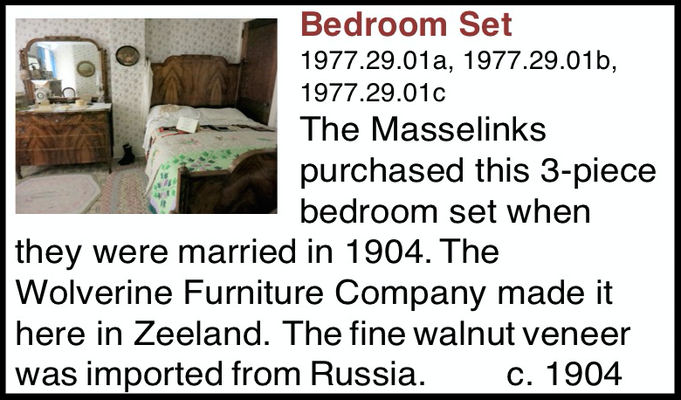 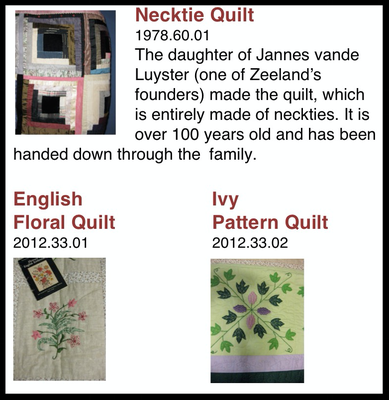 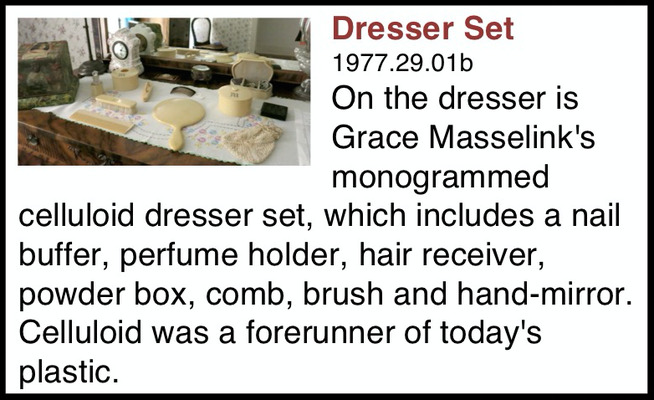 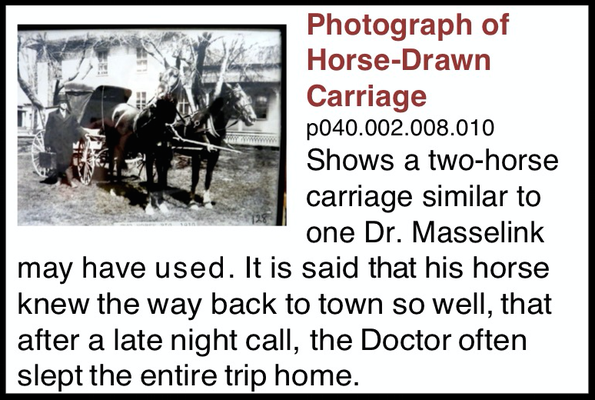 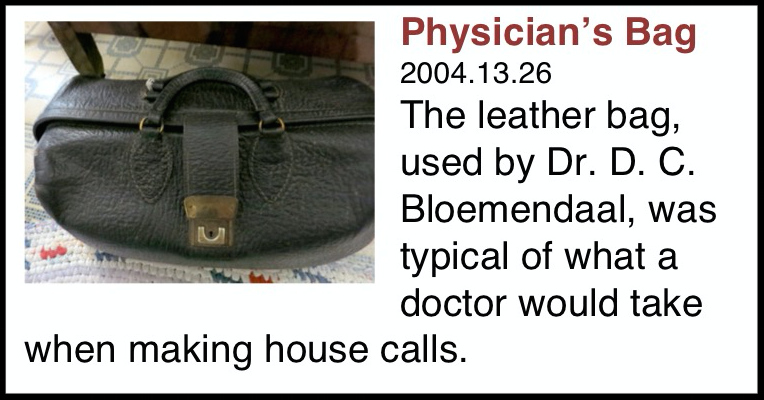 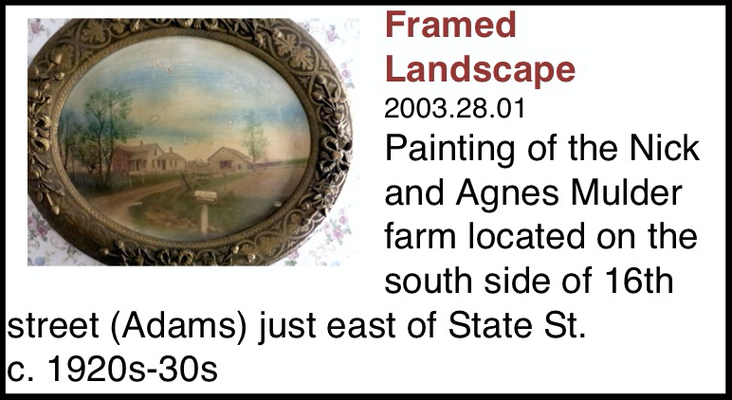 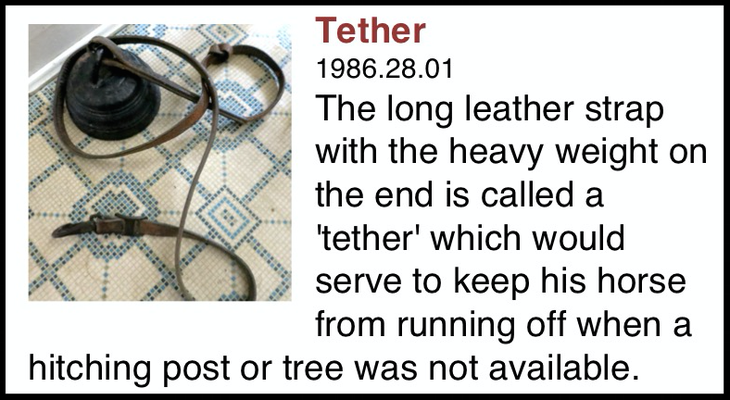 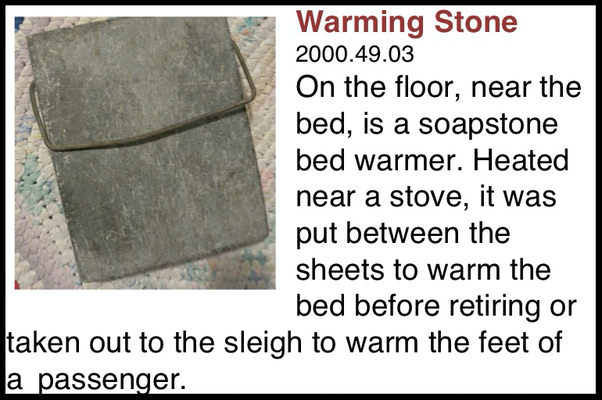 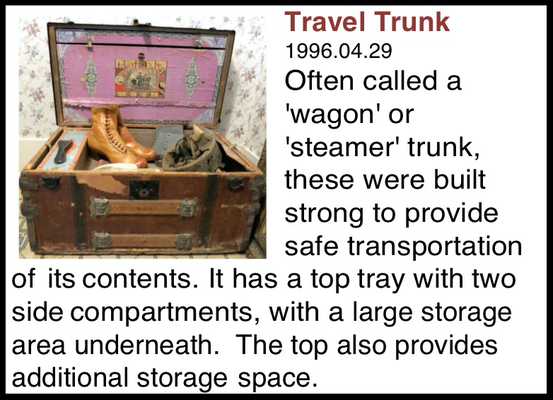 Called Masselink's Bedroom because he was [an early doctor] in Zeeland. Shortly after we [the Zeeland Historical Society] started the Museum, Dr. Masselink’s wife was still living. When she visited the Museum, she asked Dorothy [Voss] and I to come to her house because she wanted to give us the bedroom set.

[The set] was bought in 1900, when he and his first wife were married. Because this room was always used as a bedroom, we felt we would honor Dr. Masselink by naming a room for him. [Side note - Mrs. Masselink visited the bedroom set after it was moved to the museum. She wiggled the bed and said that is was just as shaky and unstable as it was back home.]

[Dr. Masselink] made his calls using a horse and buggy (or sleigh) which is why the iron tether is there. Most babies were born at home and the cost for everything – calls, deliveries, etc. was $5. [Side note - Randall Dekker was born about 1922 and he told us that he was a $5 Baby.]

If the family was poor, [Dr. Masselink] didn’t charge anything and his wife gave them a new layette which she made. He was over-worked and quite often fell asleep in the buggy - the horse knew the way home. Sometimes he would just take a ride out in the country just to get away for a nap.

When Dr. Boone came to town some of the pressure was off. When Dr. Masselink had been busy most of the night, he would still have to see office patients. If the waiting room was full he would ask some of them to go see Dr. Boone. Then, because Dr. Boone charged $1.00 for an office visit, [Dr. Masselink] would give each person 50 cents so it wouldn’t cost them more.

He literally gave his life taking care of the Zeeland Community and we felt it was a way to honor him as well as have a bedroom for our “Dekker Huis.”

The Dresser set was Mrs. Masselink’s. He also smoked cigars. The bedspread was knitted by an older woman who visited one day and asked if we would like it for the Masselink bed. It could still be there under the quilts.

The chair “potty” had a pan by it but the rods to hold it were not under the chair. The kids are really surprised when we lift the seat of the chair.

Note: Bracketed text [ ] was added for clarification only - Susan N.

Victorian hair wreaths were made by twisting or sewing human hair around a wire then shaping it into intricate designs. Wreaths of this sort were often made using hair from a deceased person or from different members of the same family as the perished. The hair could have been taken at time of death or been saved in a "hair receiver" on the dresser.

Hair wreaths were often shaped like a horseshoe with the open end facing up. When finished, the wreath would be placed in a shadow box and displayed in the home.

Not all wreaths were made as a memorial piece; some were made in schools or by church groups as a project.

This one was found in a home in Zeeland. It is doubtful this craft was practiced by the Dutch ladies. They tended to spend their time making more practical items.